100,000 Projected Deaths Later Swedes Must Be Real Sorry About Not Suffering Through Medical Stalinism

Oh wait, except that never happened. Here's a UK to Sweden comparison in six charts

Did lockdown work? Sweden did not have a mandatory lockdown. How does their Covid story compare to the UK’s?

How many people died per day?

The overall shape of the curves for UK and Sweden is remarkably similar. 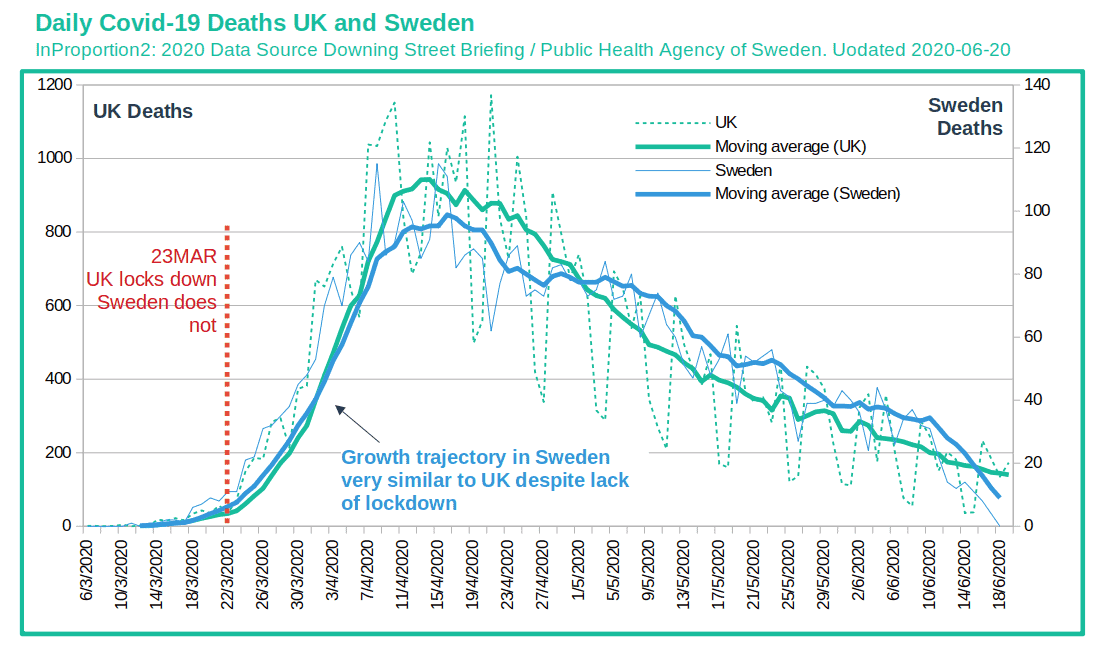 In deaths per million population, the daily numbers for Sweden are lower than the UK’s 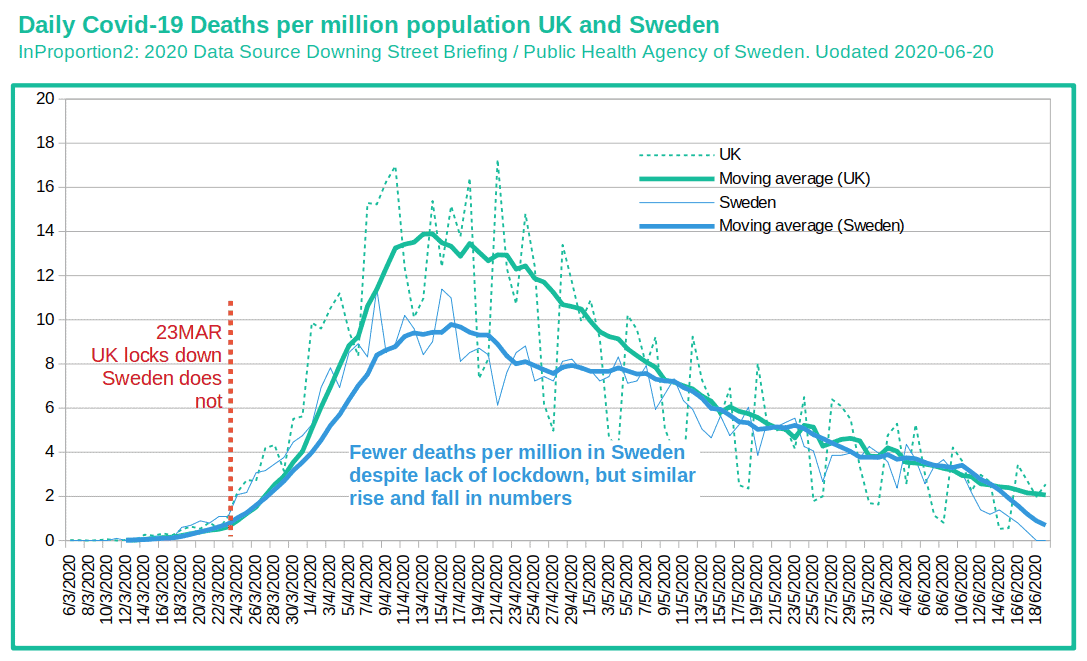 How about the total number of people dying from Covid?

This chart provides a cumulative count to show the increasing number of people who have died in each country, shown in deaths per million. Again the deaths in Sweden are lower than the UK’s. 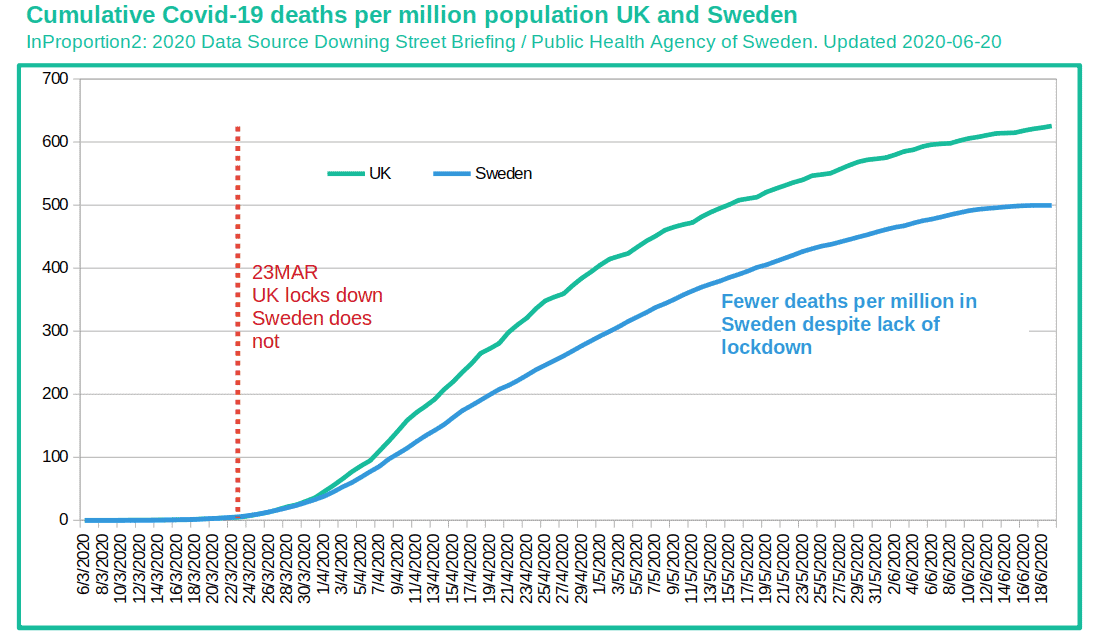 Did lockdown slow the rate of increase of Covid deaths?

The UK government anticpated an exponential growth in cases based on Imperial College’s much criticised computer models. We can now look back at the data and see that there was never any exponential growth in either country – the rate of change had a negative trend right from the start. Sweden and UK share very similar trajectories. Lockdown seems to have made little or no difference. 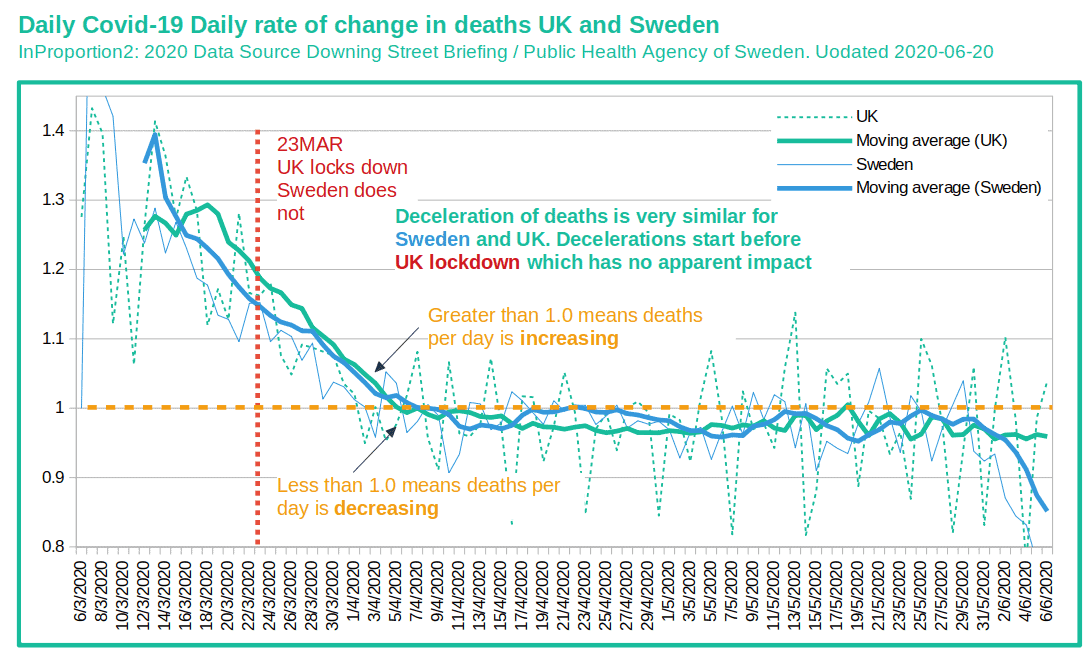 Did Swedes have a partial voluntary lockdown?

Google’s mobility data is harvested from Android users, and gives an indication of changes in behaviour regards where people spend their time. In the following charts, Spain is included as an example of another country with a strict mandatory lockdown similar to the UK’s, although it started around a week earlier.

It can be seen that around the time the UK lockdown started, all three countries began to attend the workplaces less. This effect was less true for Swedes. 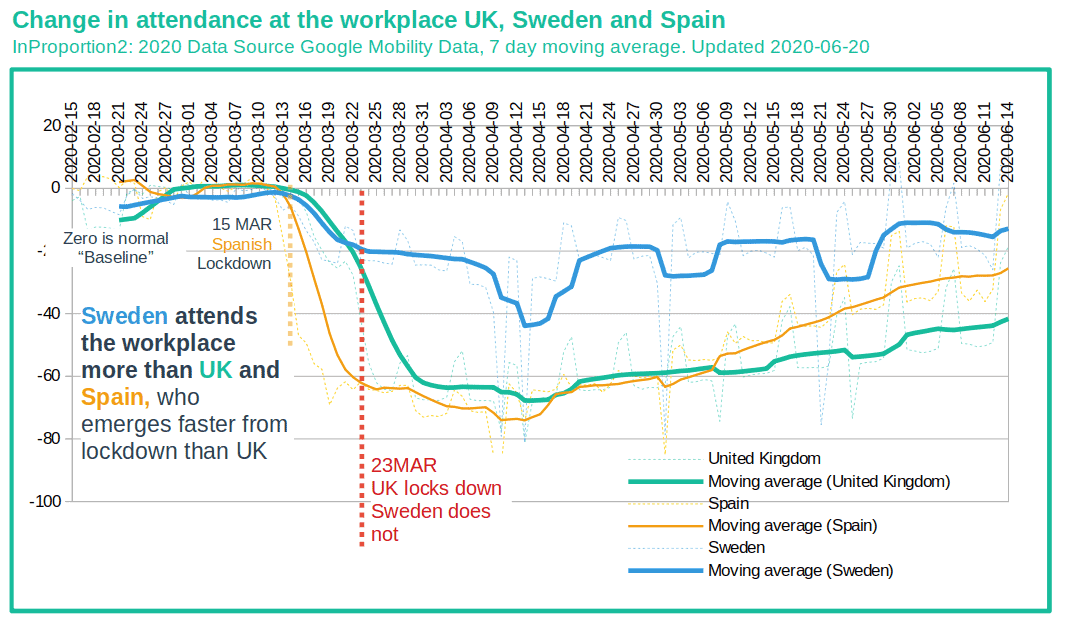 Unsurprisingly the UK and Spain began to spend significantly more time at home, while for the Swedes this pattern was less emphasized. 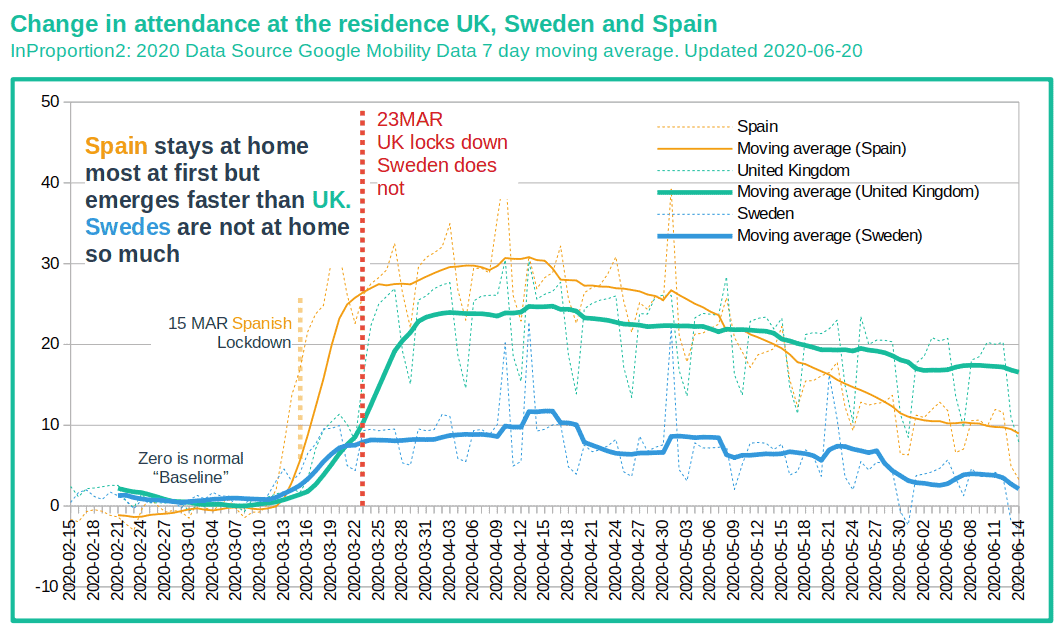 Sweden update 31 July. Zero deaths in past 3 days; 5 in the past week. No lockdowns, no masks, no panic. pic.twitter.com/4CLTBB01nT

[Updated 31/07] Comparing the epidemic curve in England and Sweden. pic.twitter.com/6x8REwSkoS

Mind Virus-19
4 Comments
Leave A Reply
Cancel Reply
Telegram Group
AE has a supporting readers Telegram group where we hang out and exchange leads and takes. If you have ever donated to AE drop me a line on email and I'll send you the link to join.
Anti-Bellum
Antiwar.com
Brownstone Institute
Edward Slavsquat
Fourth World
Swiss Policy Research
The New Kremlin Stooge
Read the rules before you think about leaving a message
Anti-Empire